A funny thing happened on the treadmill today. 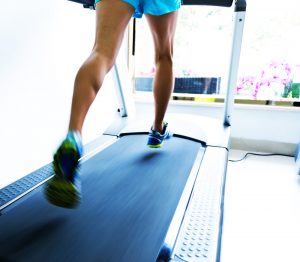 I was running my typical 10.5 km run on the Saturday and I got to about 20 mins into this and I started becoming aware I was struggling to keep pace and that my usually relaxed breathing was quiet heavy, and my legs felt like I had never run before.

In my mind, I was having a great conversation, I was justifying to myself that it is OK… just stop at 5K’s today, you are obviously drained from a big week at work, is really anyone going to know? If I stop now, does anyone really care?

My legs felt heavy and my lower back felt strange.

I checked all the speed… the usual 11k’s per hour.

I was really struggling until… I noticed that the incline setting had been activated. For anyone who has ever run up a hill, you know what I am talking about now. The incline had been set at 4 (I think that is 4 ft every hundred)

This incline does not seem like much and that was the point, barely noticeable, as soon as I did notice this, I had a flurry of activity to be able to turn that off and down and nearly fell off the treadmill. I paused the machine and made the changes back to zero incline and started the machine again.

Wow, what happened next was intense. I was soo caught up in the focus of why everything was feeling strange at the same speed I usually did, I had adjusted to the speed and the incline that as soon as the incline was turned off I felt like I was actually running downhill and being pushed.

The sheer ease in which I ran the next 10 mins was hard to express, I got to the 30 min mark and rather than stop as I thought I would, I increased the speed again.

I started feeling comfortable with this speed again and then I was determined to see how far I could push myself. I chose this time to increase the incline again and up it went to 5, the feeling was one of knowing, I have done this before and the feeling of how easy it was afterwards, is what I was aiming at.

When the incline came down after another song on the iPhone, I levelled out again and I was flying.

Again as I felt comfortable… up went the speed!

At the end of the 10K’s, new personal best and a feeling of satisfaction not exhaustion for a change.

When running, I find my mind turns to business and development, this for me was a great lesson and metaphor for personal success in sport, business and life.

Sometimes you do not realise the challenges are helping you to build persistence.

When things feel the same… are you really achieving?

If you did not know you had a problem, do you?

When you find a solution, things just get better.

When things feel comfortable, find another challenge before one finds you.

After the challenges, everything seems easier.

Begin to challenge yourself and push yourself more.

The strengths you gain from the challenges build character, confidence and muscle!

I would not have experienced success if I gave up!

If I focused on the issue it would have got worse.

No shortcuts my friends!

Get on the treadmill of life today!

The journey is going to be up and down. It will take effort and commitmentand the results will be worth it!