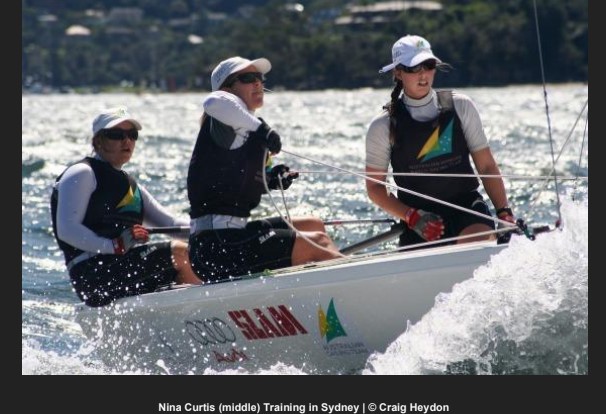 The years of preparation, hundreds of hours of training and countless sacrifices have paid-off for Tate Smith, 30, Nina Curtis, 24, and Jayden Hadler, 18. All three will be competing in the London Olympic Games that start on Jul. 27 and go until Aug 12. They will be amongst some 16,500 other athletes. And they will be vying for gold.

Some 200 nations will compete in 300 events at the London Games. Of this number, approximately 400 Australians will pit their mental and physical strength against other athletes, in hope of being victorious. However, it will only be those who have fully developed their mind and body who will walk away with an ochre medal.

The Olympics is a Game of Wits

Stuart Walter, clinical hypnotherapist and author, has been training Olympic athletes since early 2008. Walter‟s philosophy is based on mental preparation so that athletes can overcome any obstacles that can prevent them reaching their goal.

“I love sport. Watching athletes experience the pure joy of winning and also seeing their mind and body tested,” said Walter. “Preparing athletes mentally is so important and often not given the attention it deserves. My work with the mental state of athletes yields consistently high performance results,” he said.

Walter says that he was motivated to follow this line of sports training as he is passionate about sports and relates to athletes because he trained and had success with Tae Kwon Do. “Having personally experienced the positive difference in performance, before and after hypnosis, I knew that it was something I had to share with fellow sports people who were striving to push the boundaries of their own physical and mental capabilities,” said Walter. “Mixing with fellow parents who are also clinical hypnotherapists and naturopaths has also inspired me to keep helping athletes,” he said.

Walter believes that athletes need to be mentally fit to compete, especially in an event as gruelling as the Olympics.

“Any athlete must begin with the end in mind. What is the end game? What do they want to achieve? Said Walter. “Next, they must build solid confidence in their ability to achieve the end goal. Do they believe they can and do it?” He said. “Belief is also about understanding their sport. I frequently need to challenge many beliefs athletes hold in order to break through mental blockages they have created, or that parents or coaches have inadvertently instilled.” “The old „that is impossible,‟ „you can‟t do that‟ and „it‟s good to be nervous‟ can all create unnecessary limitations to performance,” said Walter. “The ability to relax and get instantly into „the zone‟ are my focus and my clients learn this through hypnotherapy and practice,” he said.

“Once self-belief has been established, visualisation becomes the key,” said Walter. “It is commonly accepted in sports psychology that sport is 80-90% mental. If this is the case, then it makes sense for mental workouts to be a large part of any professional training regime,” he said. “If an athlete can visualise training using perfect technique, this ultimately integrates into actual practice.”

Walter feels that in the lead-up to the Olympic Games that athletes need rely on trust to achieve their goals.

“Fully trusting their coaches and the work undertaken during training, as well as trusting in their ability to „turn on,‟ eliminates a huge amount of performance anxiety,” said Walter. “Every client I have treated has learnt to maintain a positive state-of-mind by finding fun and excitement in training. This, then leads to a renewed confidence in the lead up to, and on, competition days,” he said. “Learning to relax and enjoy their abilities is important for any athlete in keeping focus, staying positive and performing at their best.”

“Obviously there is a level of natural talent and physiology required. However, persistance, belief and balance are paramount,” said Walter. “Persistance in knowing they can achieve and are willing to do whatever it takes to make it happen.

Belief in their abilities and the strength to ignore detractors. An athlete must have the right focus in life, not just sport,” he said. “Then establishing a sport/life balance and remaining grounded are essential.”

Walter says training and technology were the concentration of coaches and sporting athletes, but now, the mind is the focus with more than 80% of sporting success being mind related. “In the past, it was all about training and technology, but the future is in the mind.The person with the strongest mind is going to succeed,” said Walter. “I teach my athletes how to relax, define their goal and eliminate fears and doubts. I also teach them how to manage distractions and establish a strong sport/ life balance,” he said. “It is also important to visualise and set peak performance levels for optimum results and consistency.”

“All my research of sports people, coaches and studies of the mind say that success in sport between 80-90% mind related. For an athlete, having a solid belief in their abilities helps to push through any physical limitations,” said Walter.

“Take for an example a golfer,” said Walter. “He or she, may play the same course for 4-days, yet produce different scores every round. While playing conditions play a part in that, so does the state of mind,” he said. “We have all seen athletes blow up, fall, trip and miss shots under pressure. Keeping confidence and clarity of mind helps to eliminate these errors. When you have the ability to focus and relax, you perform well.”

When an athlete doubts themselves, says Walter, they start to lose confidence and cannot perform as well.

“To illustrate this, I like to use the example of a rubber band. Stress equates to tension on your body and mind, much like the state of a new rubber band,” said Walter. “When you stretch a new rubber band you do not get much movement. Then relax the rubber band and stretch it again with the same effort as before, and you get a greater range of motion,” he said. “When stress responses are activated the last thing the body wants to do is push more. Pushing through can lead to a greater chance of injury and poor results. At this stage it is crucial to relax and refocus the mind.”

“Self doubt often leads to reflecting on past results and your mind reliving the same experiences over-and-over, which can manifest in your performance,” said Walter. “Pressures created through expectations by coaches, parents and other team members can also weigh heavily. It is important that those people around the athlete are mindful of their impact on the athlete‟s mental state,” he said.

“Hypnosis is so successful because it gets right to the root of the issues, doubts and fears that have developed in the athlete‟s mind,” said Walter. “Acknowledging the source of those doubts and fears means that the athlete, through working with hypnotherapist, can then effectively eliminate them,” he said. “Hypnosis bypasses the conscious mind and targets the unconscious. Muscle memory is an example of this. We all know how to walk and run without having to stop and change feet mid-stride.”

“Hypnotherapy treatments are relaxing, effective and generally start at two to three sessions,” said Walter. “Following hypnosis an athlete will be competing at their potential and achieving personal bests every time.”

Walter says that the Olympics takes a mental toll on athletes.

“When you look at the bare structure of what it takes to be an Olympian you can appreciate why there is usually a mental toll,” said Walter. “Training for 10 years, 6 times a week, 6 hours a day. Then there is the strict diets, injuries and personal sacrifices,” he said. “All of this, then comes down to a matter of seconds, minutes, weight or length and the emotional pressure of performing is extreme.”

“Working with retired Olympians, I can say that athletes should maintain a gentle training regime [after competition],” said Walter. “To take a break immediately, may cause mental instability and negative reactions in the body,” he said. “Most athletes, I know, get back into training straight away.”

One of Walter‟s most nostalgic moments in his career was training the Australian Down Syndrome Swim Team.

“The Team became word champions by a huge margin,” said Walter. “Twenty-eight golds and all world records,” he said. “These athletes are all unknown with no support. They just had pure passion. We can all learn a lot from them and the support of the parents was an example of belief.”

Olympic athletes, Tate Smith, 30, competing in Flatwater Kayaking, Nina Curtis, 24, competing in Sailing (Match Racing), and Jayden Halder, 18, competing in the 100m Butterfly and 200m Medley, all agree that mental fitness is vital to achieving their goal of gold.