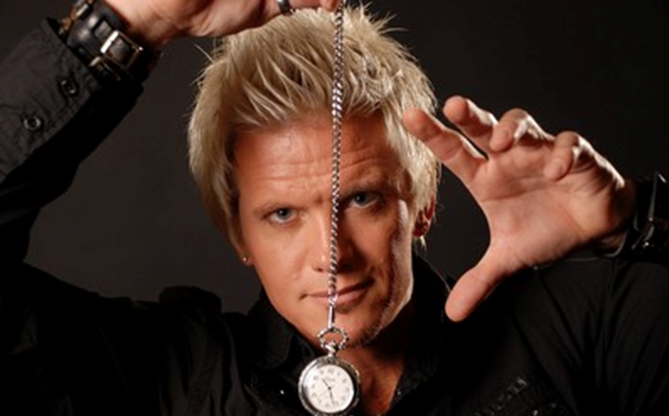 I am often bewildered by people’s perception of hypnosis and hypnotherapy.

Having been verbally abused to being told it is illegal and laughed at, I tend to think that the perception of hypnosis needs to be overhauled.

Seriously, when you understood what hypnosis can help with and the incredible results that are experienced, every practitioner in the world would have a line up out the door.

Very shortly here in Australia a TV show is going to be aired and it is based on a Stage hypnotist making people do crazy things in the name of entertainment.

I know that this is going to lead to very cautious calls from people asking if they are going to be made to do stupid things. Or will this show create questions in people’s minds so they will never get to experience a life of freedom because they will never commit hypnotherapy program.

My speciality is working with elite Athletes and with 32 World Champions I am comfortable in saying I am good at what I do. I have done stage hypnosis and make people get drunk on water… the results are based on the confidence of the hypnotist and the ability for people to trust them.

Consider a stage hypnotist who asks a heavily tattooed bike rider to the stage, imagine telling him that when he hears the music he will become a ballerina. Every cell of his body will be prancing around on stage with no skill or talent yet with 100% belief that he is the best in the world.

Now imagine I do the same and bring a ballerina out on stage and suggest that when she hears the music she becomes the best ballerina in the world… so in theory, there is no difference on the surface.

It is when we look into this further we can give you a greater awareness of the differences in the stage hypnosis and clinical hypnosis/ hypnotherapy.

Imagine dolphins, they have a natural ability and with training we can exaggerate the dolphins’ behaviours through the sound of a whistle or arm movement (trigger based response)

To get people to do stupid things on stage, first we need people who would normally do stupid things. We just then get them into a natural state of relaxation (hypnosis) and expand on these behaviours through triggers just like the dolphins.

When I say we can get people to do this on stage… I mean if you want me to make you do stupid things then I can, I have done plenty of stage hypnosis work and even on the local Brisbane radio station for charity and a bit of fun.

One of the best in Australia is Anthony Laffan (Pictured above) a good friend and amazing stage hypnotist. Check out what can be done with stage hypnosis. It is entertaining and even Anthony describes the benefits of using hypnosis as a therapy throughout his shows https://youtu.be/kTJ5GiLMg08

Clinical hypnosis works exactly the same way as stage hypnosis, suggestions are entered at the same level and the only difference is that hypnosis therapy allows the client to remember and is given the opportunity to change the way the remember an experience or change a behaviour that serves them rather than holds them back.

There are soo many fundamentals of the human mind that I can elaborate on and that will require a lot more time, the greatest ones are…

You are in full control at all times

We can only work within your model of the world (you beliefs, values and morals)

Can I make you believe you are a chicken? Yes if you really want to be a chicken!

I like to think… I turn chickens into Champions!